Kristen Stewart cheated on her longtime boyfriend, and “Twilight” movie co-star, Robert Pattinson with a man nearly twice her age. Us Weekly is reporting that, while working on the film “Snow White and the Huntsman” in Hollywood, Kristen Stewart hooked up with director Rupert Sanders on several occasions that were captured by the paparazzi. Which is news to Stewart’s boyfriend Robert Pattinson and Sanders’ wife Liberty Ross. This should be awkward enough for everybody. Us Weekly report:

On July 17 in L.A., Stewart, 22, was caught by photographers in a series of steamy rendezvous with Sanders, 41 — and the new issue of Us Weekly has the exclusive photos and details. Sanders — married to British Vogue model Liberty Ross, 33 — has two children, ages 7 and 5. During his marathon makeout session with Stewart, “it seemed like they couldn’t get enough,” according to one photographer.

If the paparazzi fallow you everywhere you go, why would you have a “marathon makeout session” in public with someone other than your boyfriend? The new issue of Us Weekly says, “Robert Pattinson’s biggest fear has been realized,” then goes on to imply that that fear is losing Kristen Stewart. People adds:

“Kristen is absolutely devastated,” says one source. “It was a mistake and a complete lapse in judgment. She wasn’t having an affair with Rupert. It was just a fleeting moment that shouldn’t have happened. She never meant to hurt anyone. She’s a good person who just made a bad choice.”

Wow, let’s hope Rupert Sanders has not already killed his wife to start a new life with Kristen. Just to find out today that he was just a bad choice…. Kristen Stewart has reacted surprisingly fast to Us Weekly‘s story about her accidentally having sex with director Rupert Sanders, issuing a statement today totally confirming that she cheated and apologizing to her boyfriend Robert Pattinson:

“I’m deeply sorry for the hurt and embarrassment I’ve caused to those close to me and everyone this has affected. This momentary indiscretion has jeopardized the most important thing in my life, the person I love and respect the most, Rob. I love him, I love him, I’m so sorry.”

Geez, didn’t Bill Clinton teach people anything? Deny… Deny… Deny! But that is definitely a heartfelt apology, you can tell that Kristen really cares about Robert. Kristen should have told Robert she did it for both of them to help advance their careers (then she would only be half-lying). She should apologize for all the terrible acting she’s done. By that, I mean the same fucking character she plays in every movie where the only thing that is different is the plot she is in… She is probably a lame fuck too and since her acting sucks so bad she wouldn’t even fake it well. LOL… Hey Kristen, you know how to show your boyfriend that you really care about him? Stop fucking other other guys when he is not around. Enjoy! Click on pictures to enlarge. 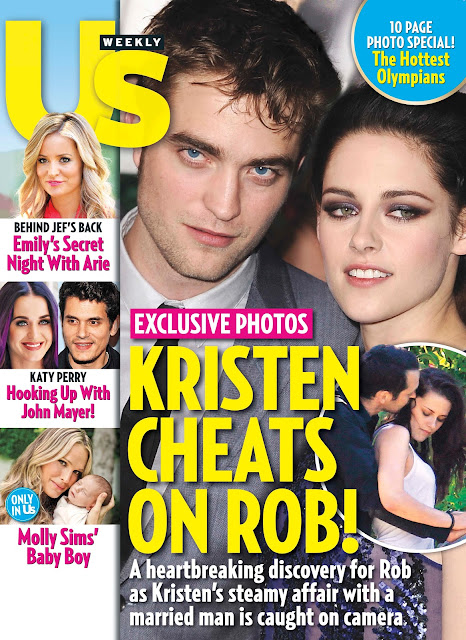 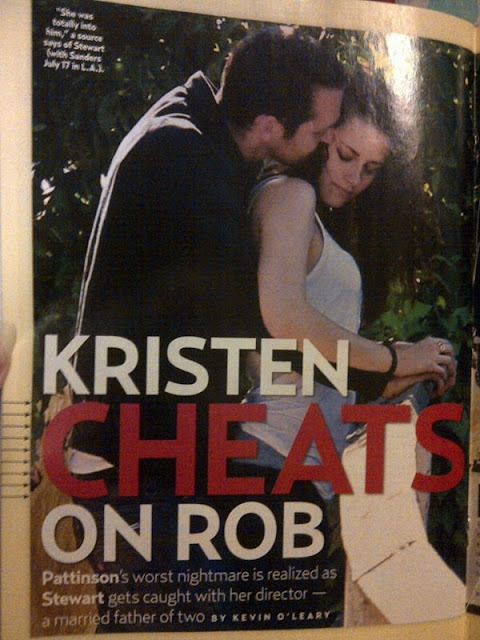 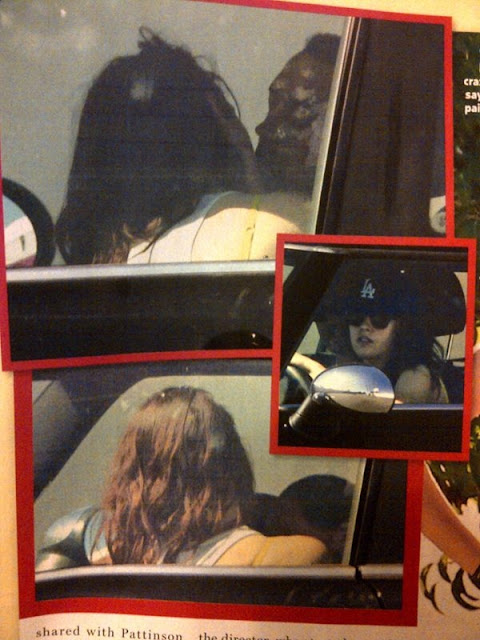 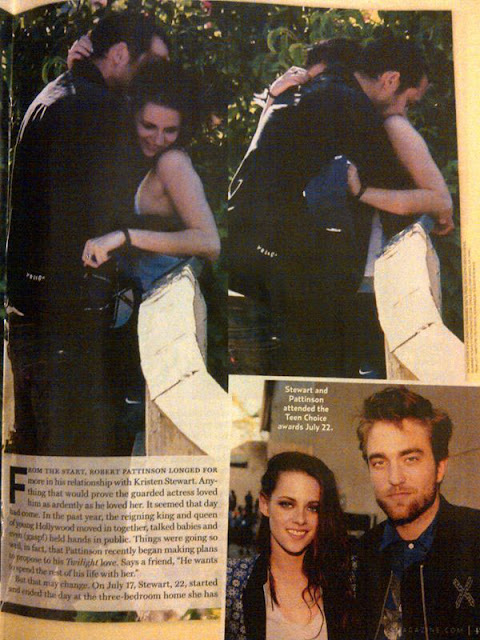 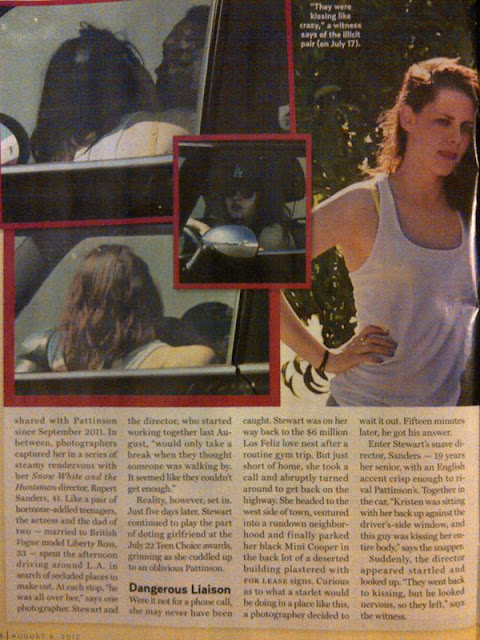 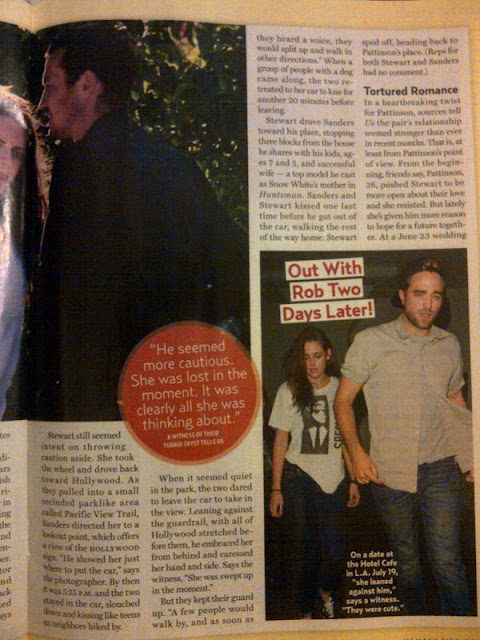 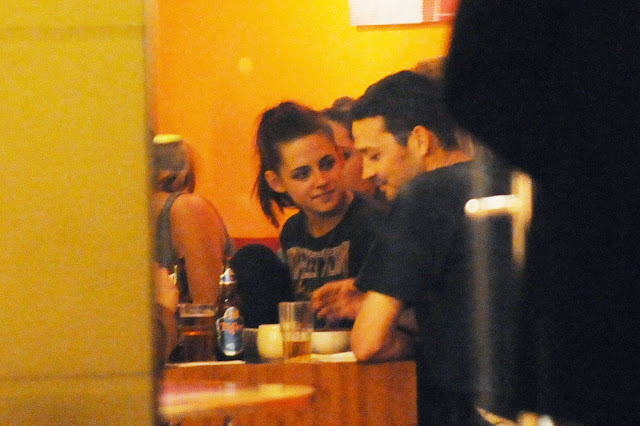 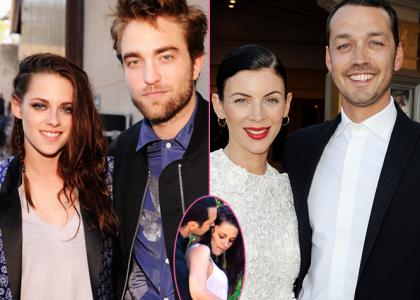 The above images are from Us Weekly and show the evidence of cheating. Below are a few pics of the cheaters at the premier of their movie pretending to be only colleagues not secret lovers: 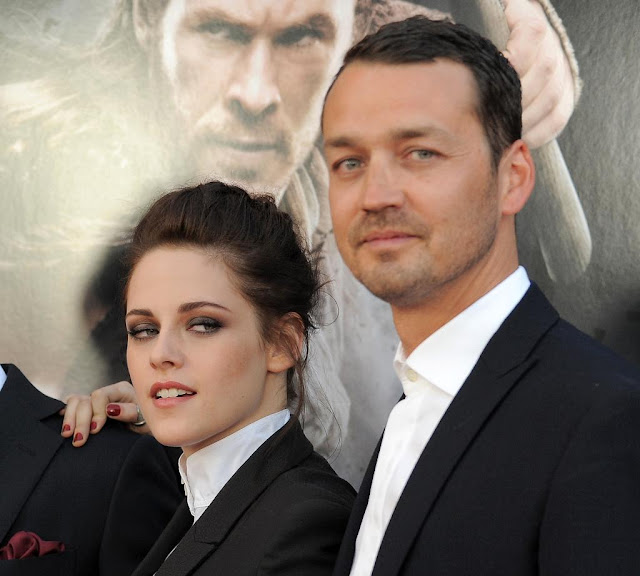 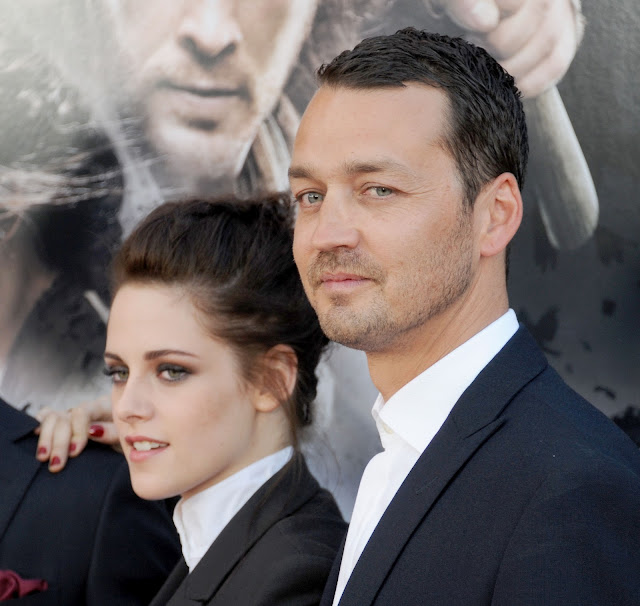 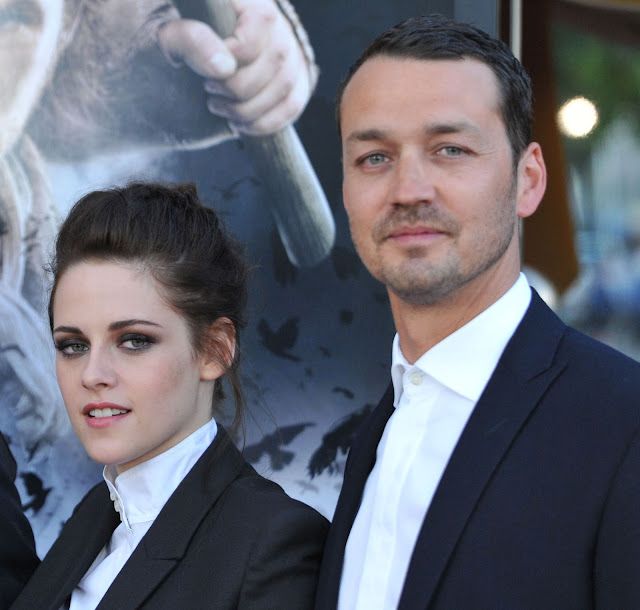 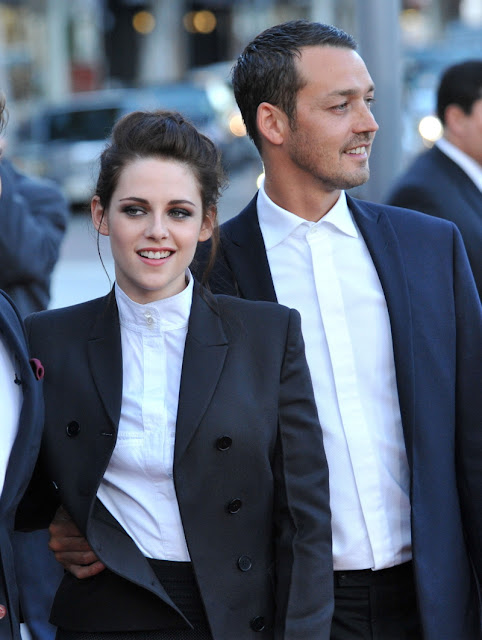 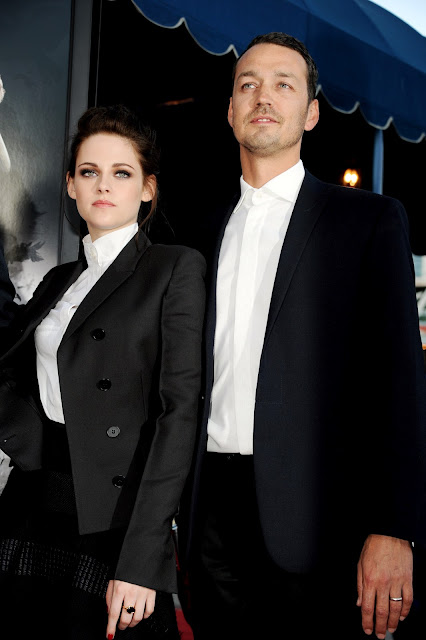 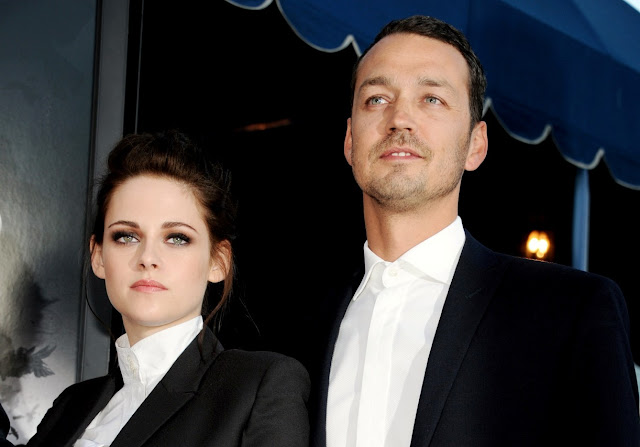 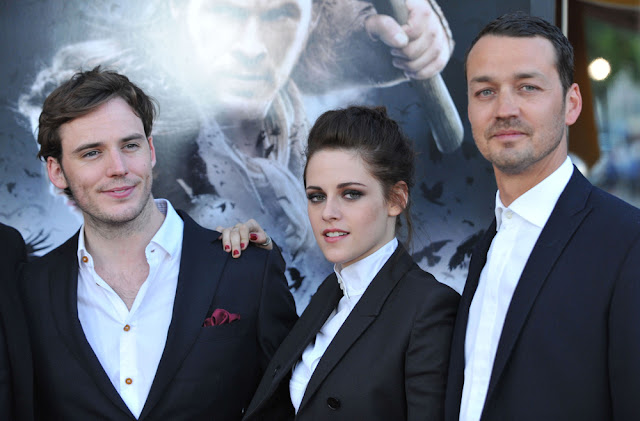 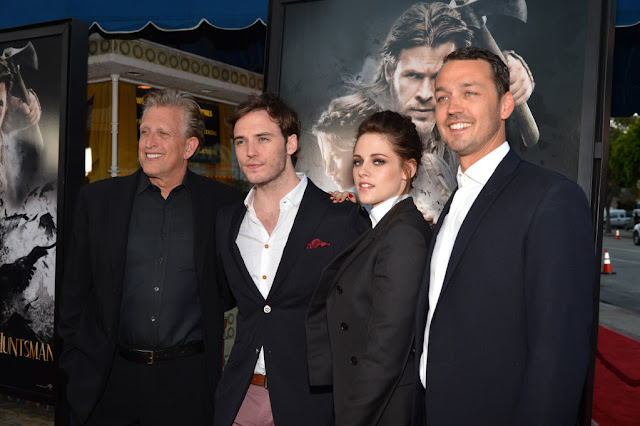 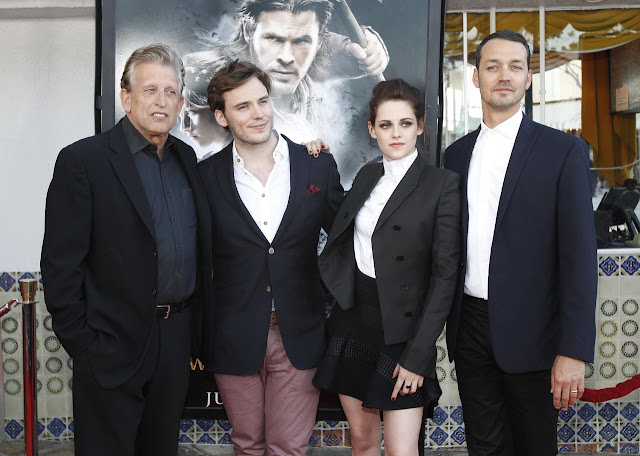 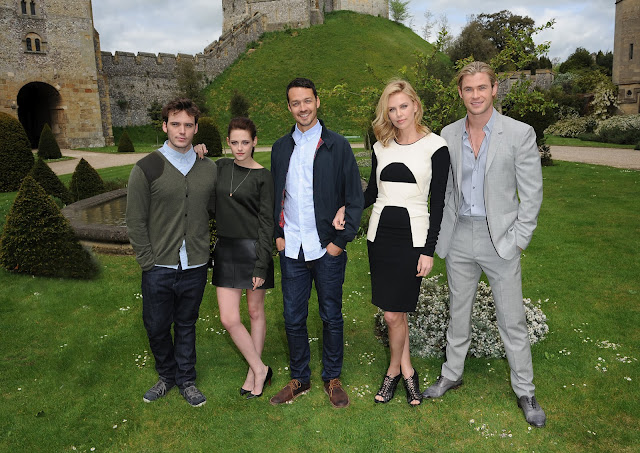 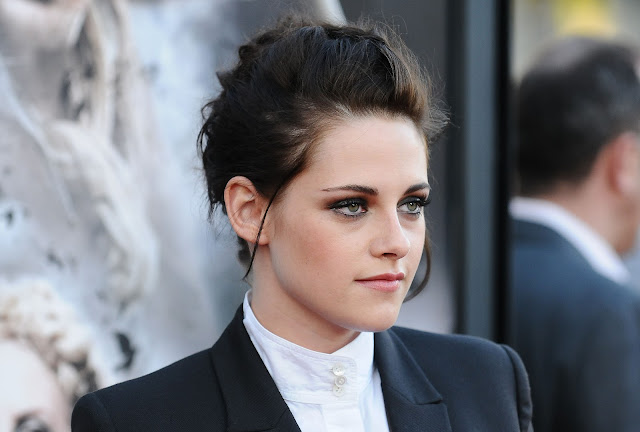 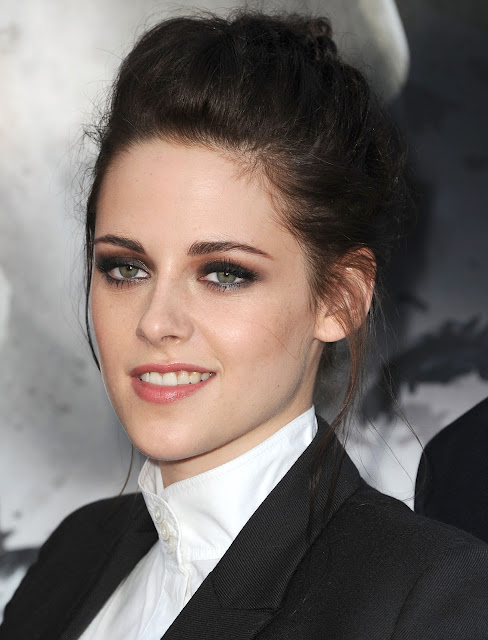 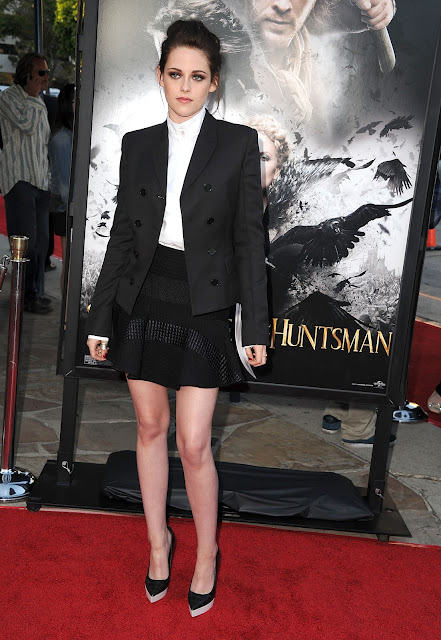 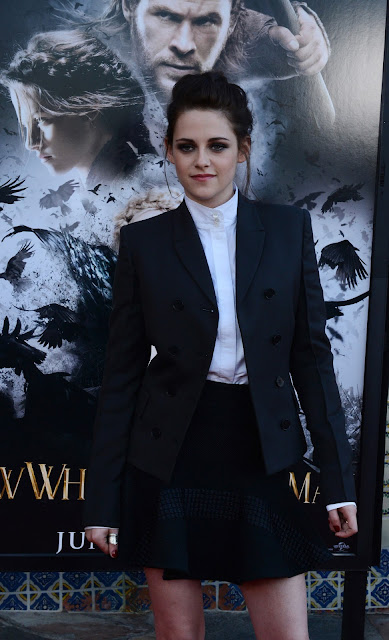 Robert Pattinson and Kristen Stewart enjoy a date night at the The Hotel Cafe in Hollywood on July 19, 2012. Only a few days after Kristen’s most recent makeout session with Rupert Sanders: 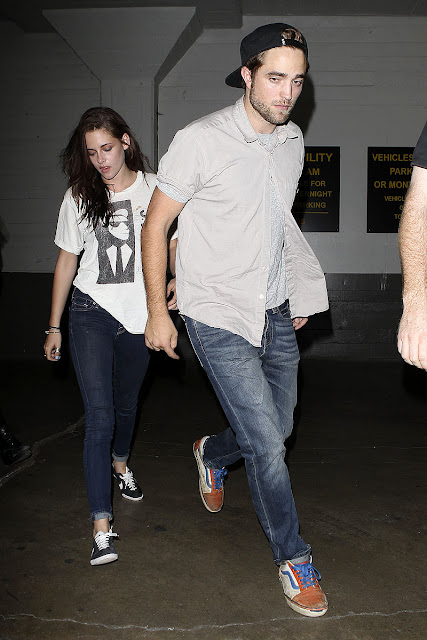 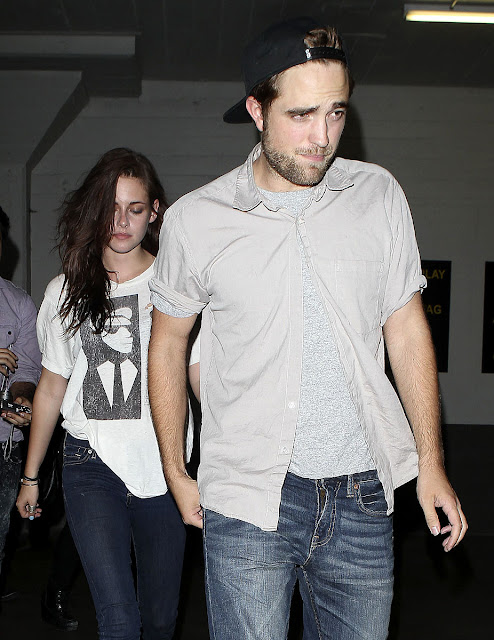 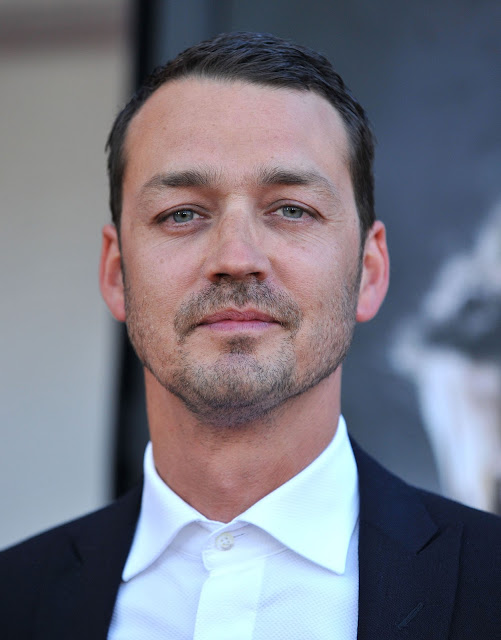 The asshole Rupert Sanders and his poor wife: 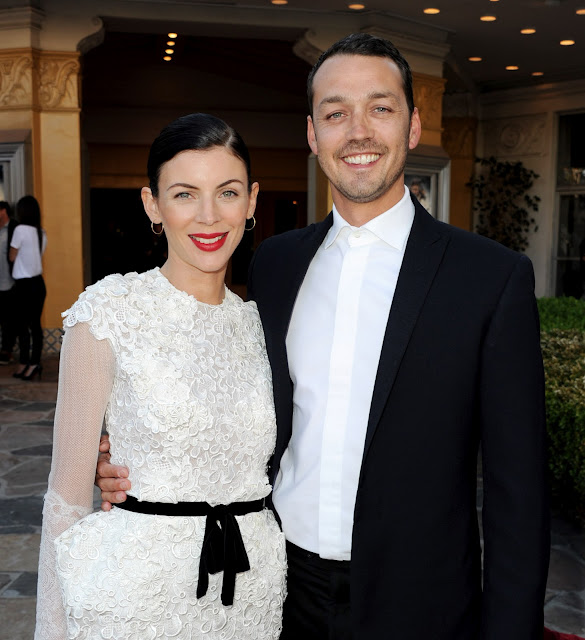 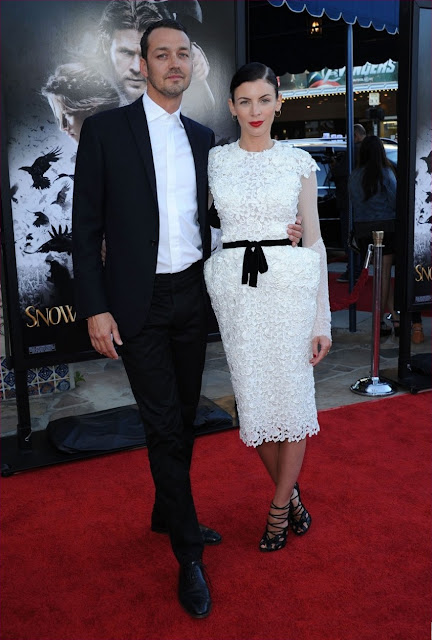