Here is Lady Gaga not wearing pants or skirt and looking like a cheap homeless whore at LAX Airport after arriving on a flight on Monday in Los Angeles. The pussy look fat and some lip slip seem to be visible but nothing we haven’t seen before. Yup, Lady Gaga has gone out without pants once again. She really do need to try something different because this act is getting old. Anyway, Lady Gaga is back at home in the United States after spending over 2 months touring in Asia, New Zealand and Australia. She was wearing see-through sheer leggings while flipping off the crowd of photographers and fans proving once again just how darn edgy she is… Just look at the blonde hair, sunglasses, sheered black leggings, black leather jacket and high heels. This chick is so darn edgy… (Big yawn) Not to mention the see-thru butt shots of her ass cheeks and thong she made sure to provide for the paparazzi.

Apparently these days being edgy mean dressing and acting like a cheap homeless whore in public. If edgy is just a kind way of calling a person an attention whore then I guess she is edgy. But I cannot believe they let this skank on a commercial flight looking like this… It is like no one realized Gaga was not wearing pants. She was only wearing a thong and leggings with nothing else separating her ass from the seat on the plane. This is not being edgy, this is a sanitation and hygienic issue. Lady Gaga need to know that no one want to pay a few thousand dollars for a first class plane ticket to sit in her snail trail. Well, no one in his right mind. Enjoy! Click on pictures to enlarge. 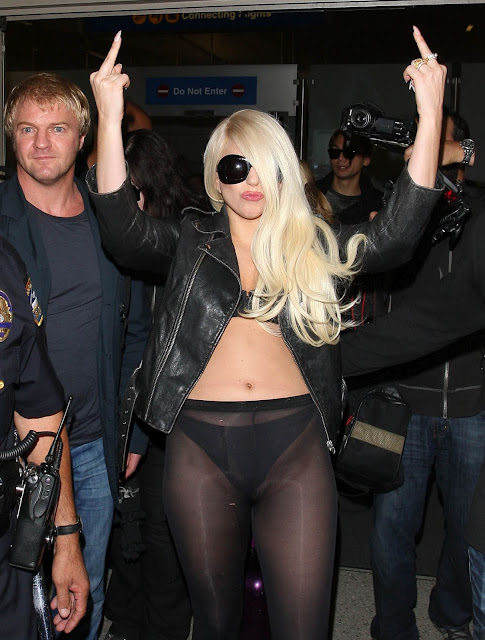 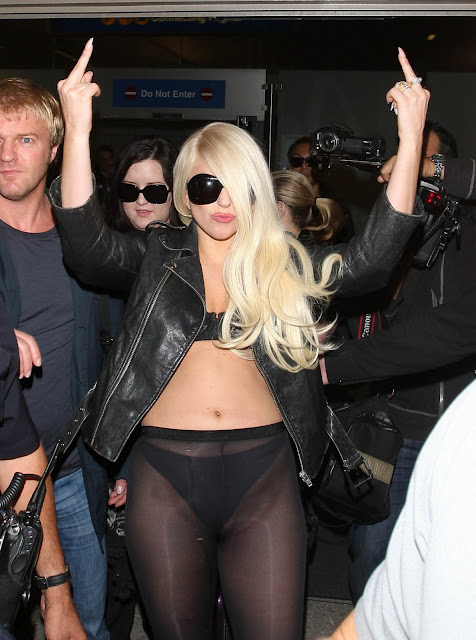 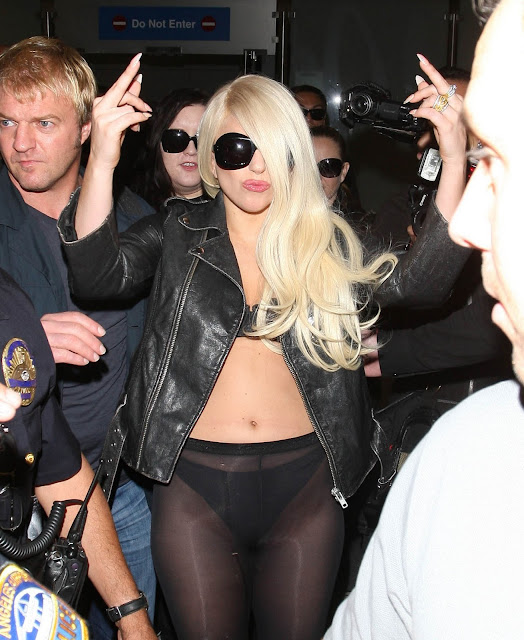 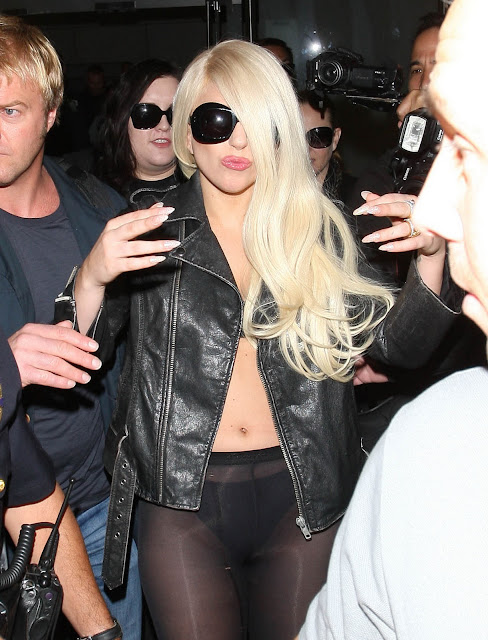 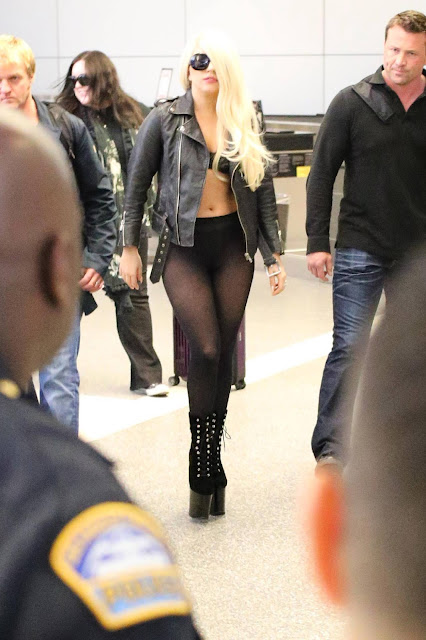 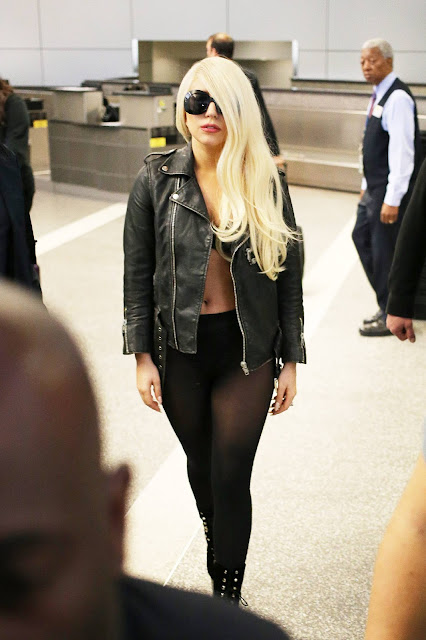 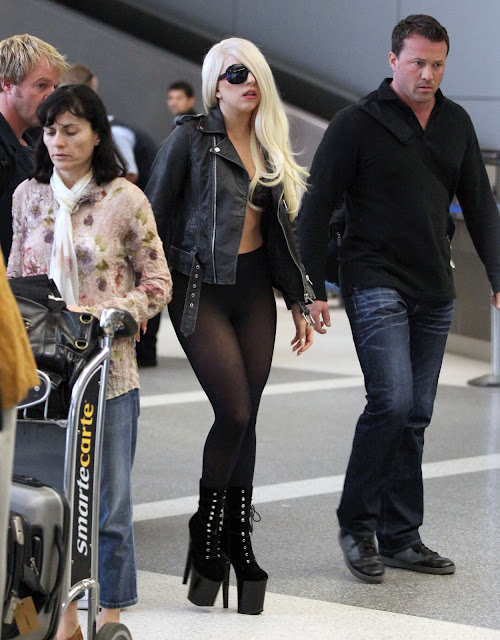 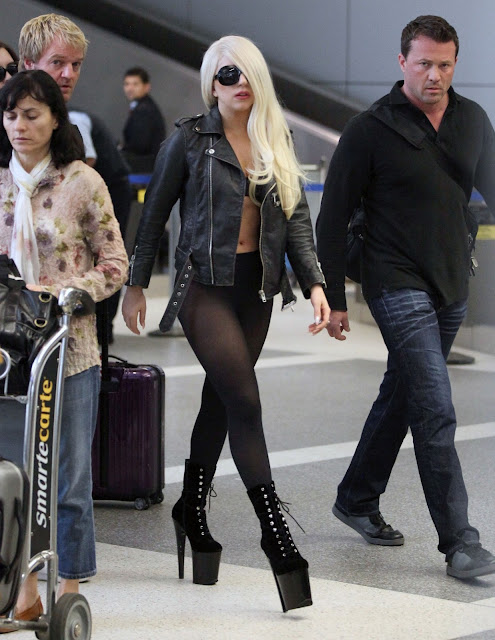 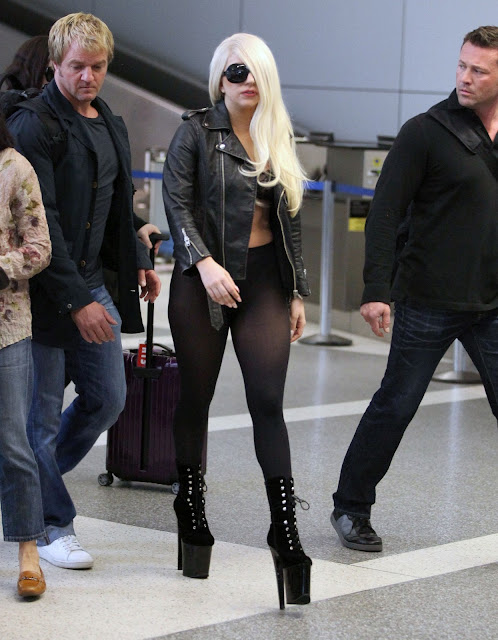 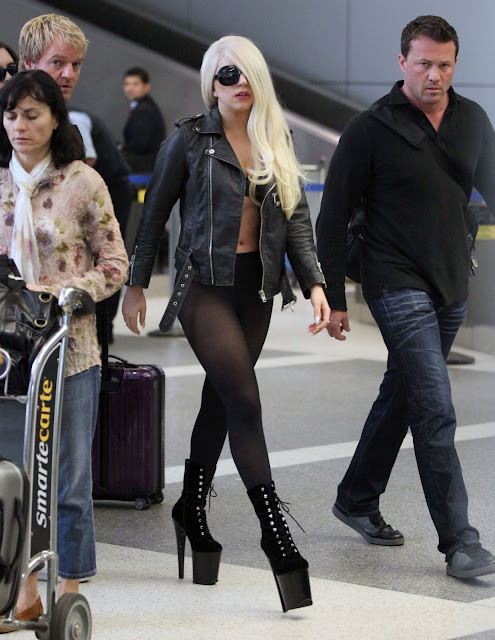 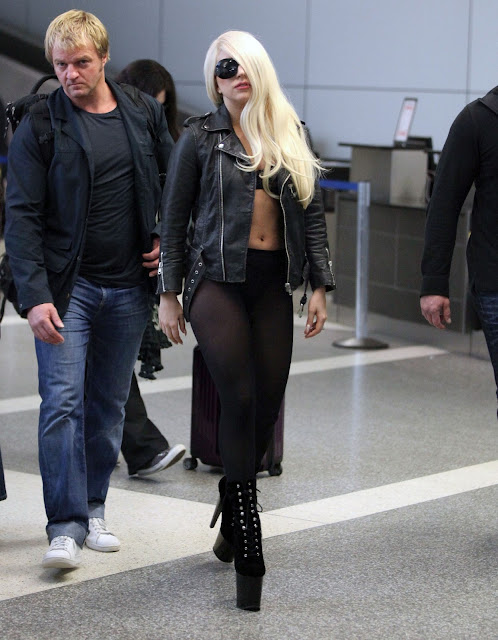 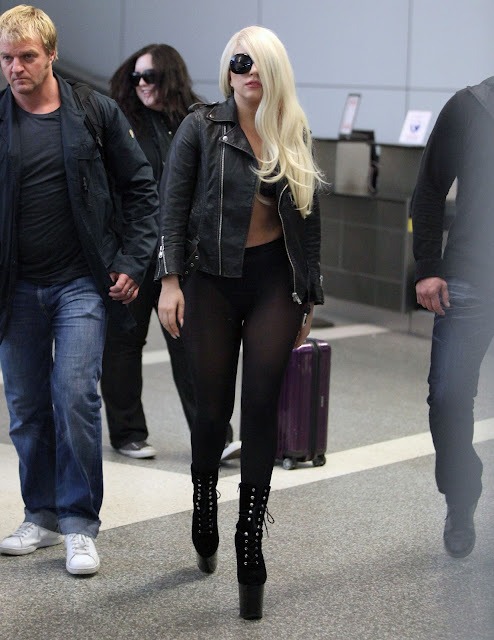 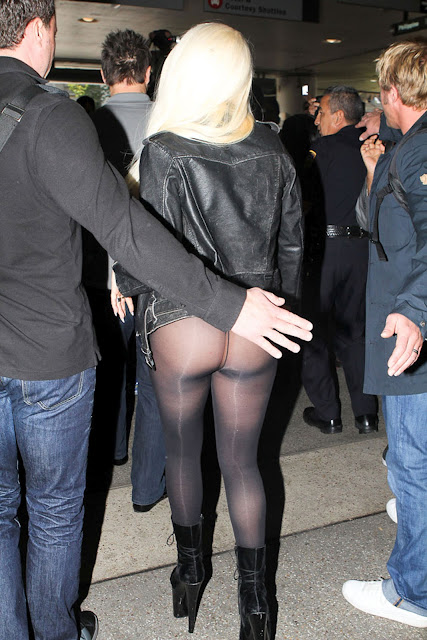 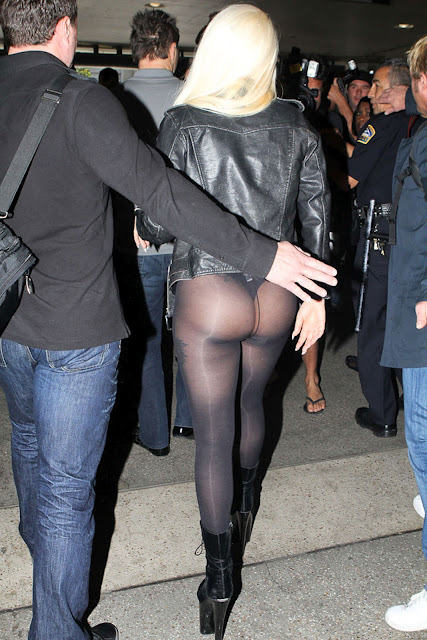 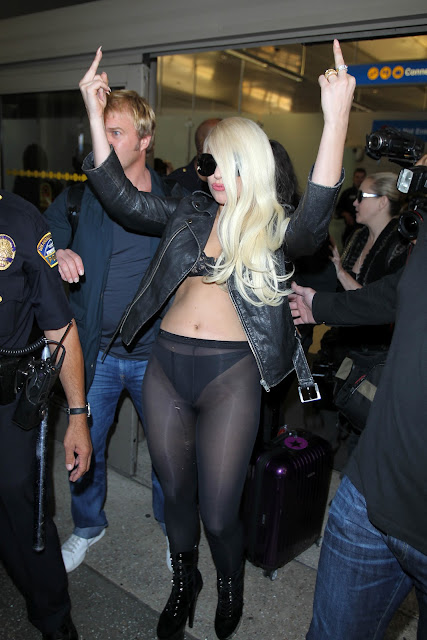 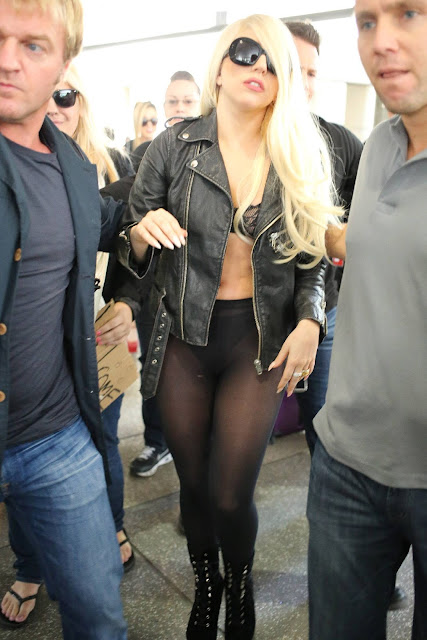 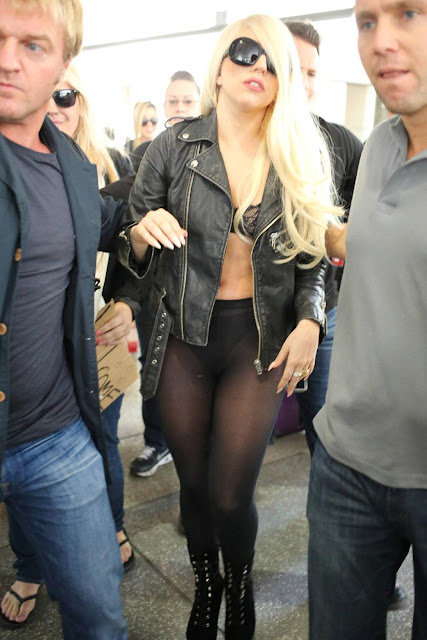 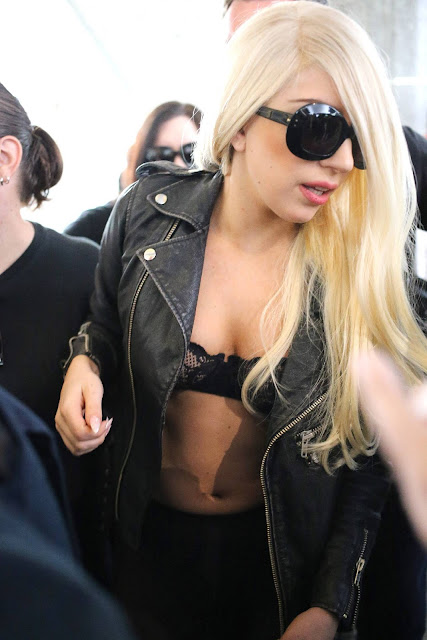 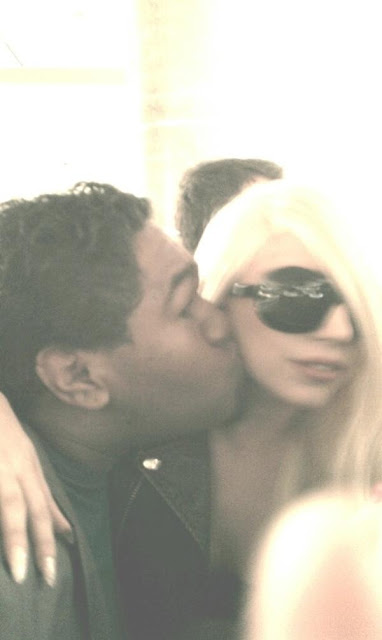 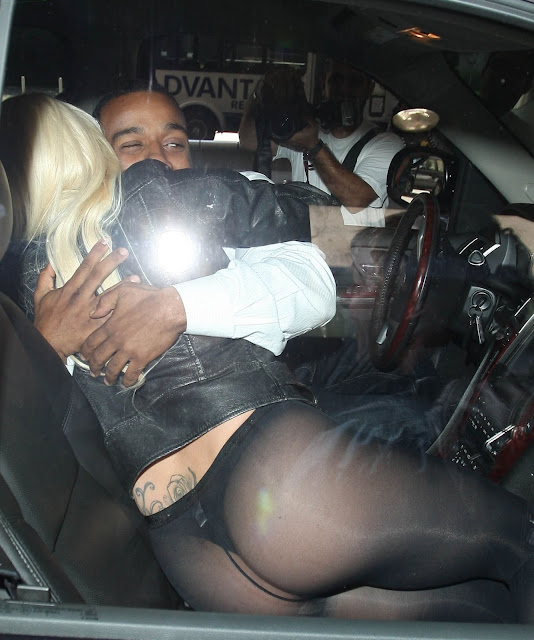 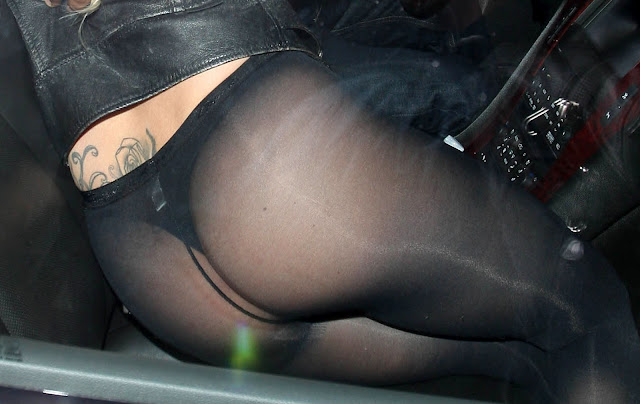 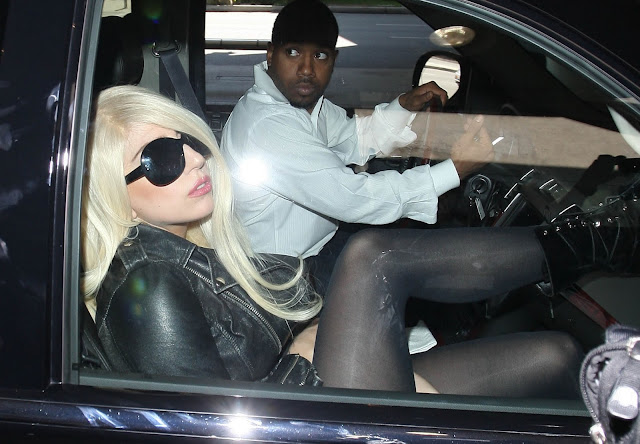 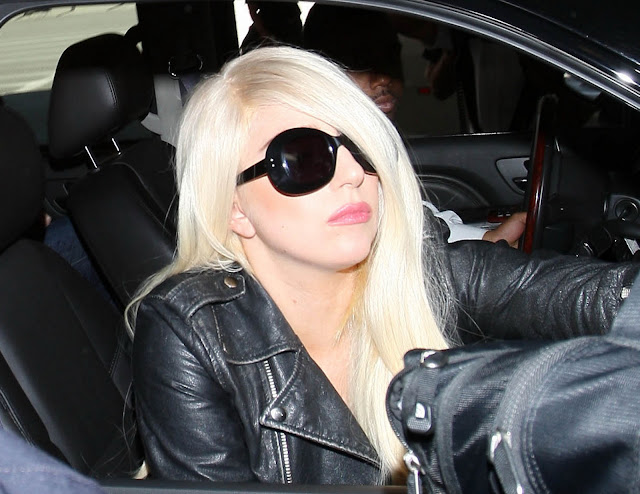 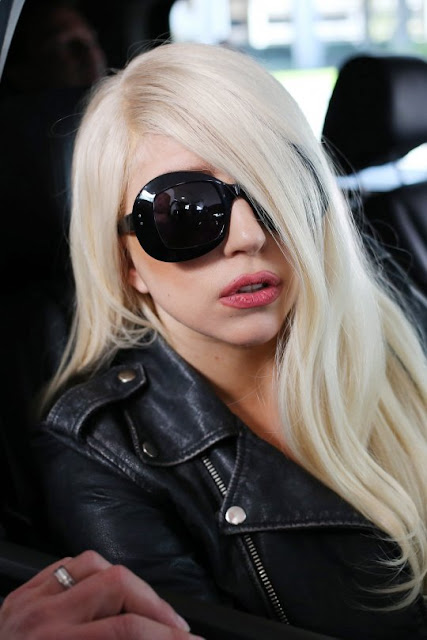 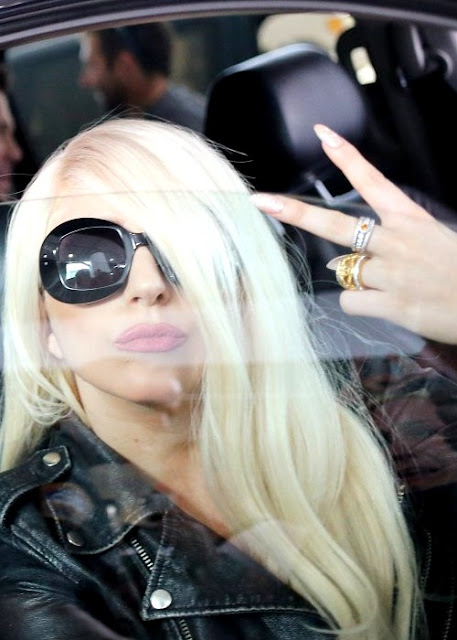